What is the Difference of a Dolphins or a Porpoises

What is the Difference of a Dolphins or a Porpoises

Perhaps it was the television show “Flipper” from the 1960s that first put the dream into our heads that we could be best friends with a dolphin. For decades, our best friends of the sea have always fascinated us. These intelligent, friendly and social animals have been known to
help us humans on occasion, whether it is fishing or rescuing our lives!

But what about porpoises? Often, we think of dolphins and porpoises as being the same creature, but they are not. While dolphins and porpoises, and whales for that matter, all belong to the order Cetacea (from the Greek word ketos meaning ‘large sea creature’), they are distinctly different. For instance, did you know that orcas, AKA killer whales, are actually the largest member of the dolphin family?

One of the major differences between dolphins and porpoises is how many species each have. Scientists agree there are 32 species of dolphin, whereas there are only 6 species of porpoise.

Though both are highly-intelligent creatures, dolphins seem to be the more social of the two and live in larger, more stable groups.

Let’s take a look at some more differences between dolphins and porpoises: 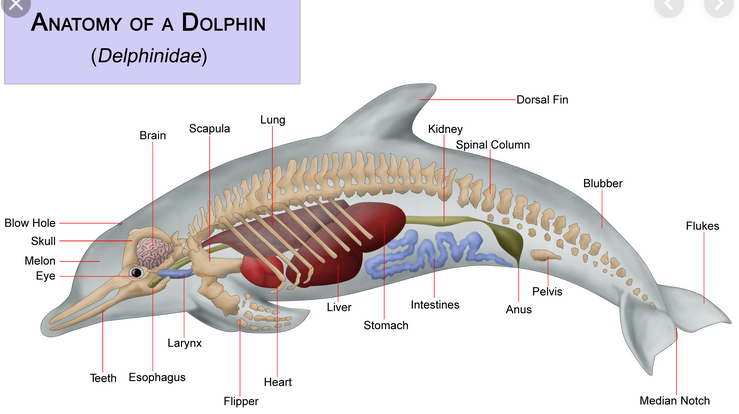 Dolphin sizes vary from 4 ft. to 30 ft. In general, dolphins show less fear of humans and therefore tend to interact with them more, both in captivity and out in the wild.

Dolphins can be found in all oceans around the world. They also have a curved dorsal fin and a round, bulbous bump on their head. Their jaws are elongated and often form what is referred to as a “beak.”

Porpoises are typically smaller than dolphins as well as stouter. Porpoises are shier of the two and are therefore rarely used in marine animal shows. The common porpoise, also known as the Harbor porpoise, can be found in the North Atlantic, North Pacific, and Black Sea in temperate and subarctic waters.

Porpoises have triangular dorsal fins that resemble those of sharks. They also have small, rounded heads and blunt jaws instead of beaks.

Both dolphins and porpoises use echolocation for finding food, navigating underwater, avoiding predators, and communicating with other members of their species. In both animals, the external ear opening is roughly two inches behind the eye.

Perhaps the biggest difference between these two awesome animals is their social behavior. Dolphins are definitely the extroverts, living in pods of up to a dozen or more individuals. When food is abundant, dolphins have actually been seen living in “superpods” exceeding 1,000 members.

Porpoises, on the other hand, are introverted. They are quite shy and typically are seen either alone or in groups containing only a few individuals.

Both porpoises and dolphins are highly-intelligent and have large, complex brains. These creatures are self-aware like us humans and are one of a very few species in the world that can identify themselves in a mirror.

Here’s a really cool fact about dolphins: They have been observed and recorded calling out specific names of loved ones when they become separated. In fact, besides human beings, dolphins are the only known species to call each other by name. That’s right, when they swim up to each other, they don’t just say, “Hey, what’s going on,” they say, “Hi Fred, what’s going on.” Pretty neat!

Dolphins have also been observed many, many times staying with injured or ill individuals and have been known to help humans adrift at sea. 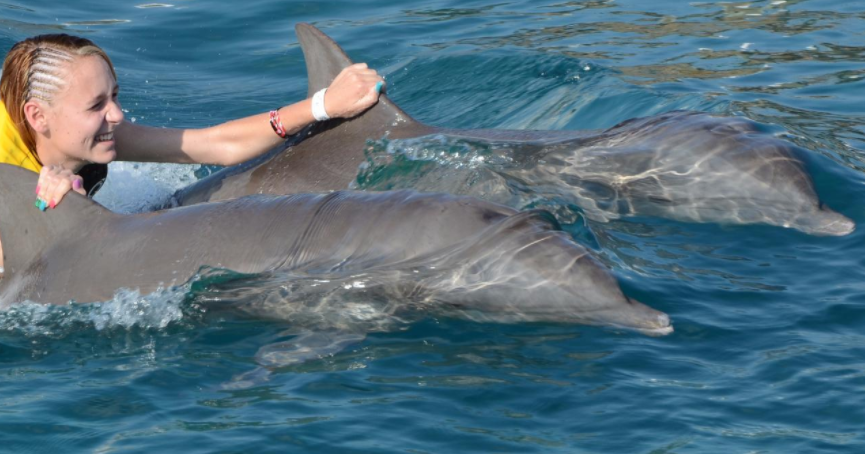 You’re in luck. While it’s not possible to swim with the shy and elusive porpoise, you can swim with the playful and friendly dolphins. Our dolphin swim programs are for people of all ages and swim abilities. For the very young, or those not completely confident in the water, interactions take place in shallow water. Here you’ll be able to watch the dolphins perform many tricks, as well as hug and kiss them.

For those who are strong swimmers, you can swim side by side with your new dolphin friends and even experience a dorsal fin pull.

We have dolphin swim facilities in Florida, Mexico, Hawaii and the Caribbean. Make your next vacation special and book a dolphin swim today.